To share your memory on the wall of Connie Shepherd, sign in using one of the following options:

Print
Connie Shepherd, age 61, passed away unexpectedly at 6:25 p.m. on Sunday, June 2nd in her home. A longtime resident of St. Petersburg, FL, Connie moved to Silver Lake in November.

Connie was born on March 27, 1958 in Columbia City. She w... Read More
Connie Shepherd, age 61, passed away unexpectedly at 6:25 p.m. on Sunday, June 2nd in her home. A longtime resident of St. Petersburg, FL, Connie moved to Silver Lake in November.

Connie was born on March 27, 1958 in Columbia City. She was the daughter of Orval Gene and Bonnie (Shoemaker) England. She was a lover of animals and enjoyed passing time with puzzles, like Sudoku. Her love for puzzles was no surprise as she also held a degree in accounting.

Connie loved her family and her grandchildren, Braxton and Brice Stewart, who survive. She also is survived by daughter, Bonnie Stewart; son, Mika Shepherd; brother, Gene England, Jr. (wife, Erma) and sister-in-law, Sara England. She was preceded in death by her parents, two brothers, Randy and Rick England and by sister, Carol Carlson.

Connie’s family entrusted Titus Funeral Home with her care. No public services are planned at this time.
Read Less

Receive notifications about information and event scheduling for Connie

We encourage you to share your most beloved memories of Connie here, so that the family and other loved ones can always see it. You can upload cherished photographs, or share your favorite stories, and can even comment on those shared by others. 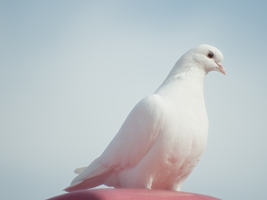