To share your memory on the wall of Dolores M. Hatfield, sign in using one of the following options:

Provide comfort for the family by sending flowers or planting a tree in memory of Dolores M. Hatfield

Print
Dolores Marie Hatfield, a resident of Warsaw, passed away on Wednesday, July 3, 2019 at 4:55 p.m. while surrounded with love and her family. She was 77 years old and passed at home.

Dolores was born in Brownsville, Texas and was the dau... Read More
Dolores Marie Hatfield, a resident of Warsaw, passed away on Wednesday, July 3, 2019 at 4:55 p.m. while surrounded with love and her family. She was 77 years old and passed at home.

Dolores was born in Brownsville, Texas and was the daughter of Antonio and Margarita Jimenez. She was one of ten children and would go on to have a large family herself. Family meant everything to Dolores and there was nothing that she loved more than time spent together with her family. Everyone considered Dolores to be their mom or grandma even if they weren’t related. She was kind, caring and a true joy to be around. This earned her the nickname “Mama D.”

She was previously self-employed as a housekeeper and had worked for Ramada Inn in Warsaw for many years. She was a member of the Moose, American Legion and VFW auxiliaries, and had recently been attending events at the Kosciusko County Senior Center which she enjoyed. She was known for passing time on the front porch of her home where anyone could sit down for a visit. She was also known for gifting $2 bills and many of her loved ones carry those bills in her memory.

Friends may join family for Dolores' Life Celebration on Monday, July 8th from 2-4 p.m. and 6-8 p.m. at Titus Funeral Home, 2000 East Sheridan Street, Warsaw. Mr. Rick Bradley of Water of Life Church will officiate a funeral on Tuesday at 10 a.m.in the funeral home with burial to follow in Oakwood Cemetery.

We encourage you to share your most beloved memories of Dolores M. Hatfield here, so that the family and other loved ones can always see it. You can upload cherished photographs, or share your favorite stories, and can even comment on those shared by others. 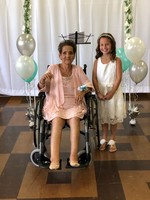 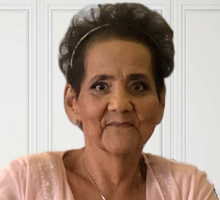