To share your memory on the wall of Donald Sweatland, sign in using one of the following options:

Print
Donald Albert Sweatland passed away on Wednesday, August 14, 2019 at 10:52 while surrounded by his loving family. He was 82 years old at the time of his death.

Don, as most knew him, was born on August 26, 1936 in Rome, NY. He was one of five children and the son of Ivan Earl and Mary Lucille (Griffith) Sweatland. He graduated from nearby Camden High School in 1954, #3 in his class. He then attended New York University before moving to and graduating from Indiana Institute of Technology with a bachelor’s degree in Engineering. A lifelong learner, Don would go on, earning numerous certificates and completing countless training programs.

On February 15, 1958, Don was united in marriage to Paula O. Bendele. He had fallen for her instantly when the two met in Fort Wayne where he delivered mail to her office. The pair moved to the Warsaw area when Don accepted a position as a data processing manager for Dalton Foundry before eventually earning a position as controller of Warsaw Chemical - though he would dedicate the rest of his career there, working his way up to President of the company. Don often had a sideline in teaching or accounting. He worked for H & R Block and taught in Warsaw High School’s adult education program. He also volunteered countless hours teaching in Junior Achievement, as a member of the Sacred Heart Catholic School Board, Lincoln PTA, and Warsaw High School PTA.

He was instrumental in helping the Warsaw Public Library to expand as a member of their board, was involved with several Sacred Heart church expansions and coached church league softball. He was active in Boy Scouts throughout his life and served as a troop leader and on the area council for many years. In 1993 he was awarded the prestigious Silver Beaver Award for his contributions to Scouting. He was also very active in the Knights of Columbus, was a past Grand Knight, having held several positions in the council.

Don’s Life Celebration is entrusted to Titus Funeral Home, 2000 East Sheridan Street, Warsaw, where visitation will be held on Monday, August 19th from 2 - 4 p.m. and 6 - 8 p.m. with the Holy Rosary to be recited at 7:30 p.m. A Mass of Christian Burial will be served at Sacred Heart Catholic Church on Tuesday at 11 a.m. with burial to follow in Warsaw’s Oakwood Cemetery.

Memorial gifts may be directed to Kosciusko Home Care and Hospice to assist with hospice care or to Sacred Heart Catholic School’s scholarship fund; envelopes for both will be available. Condolences may be left at www.TitusFuneralHome.com

Receive notifications about information and event scheduling for Donald

We encourage you to share your most beloved memories of Donald here, so that the family and other loved ones can always see it. You can upload cherished photographs, or share your favorite stories, and can even comment on those shared by others.

Greg and EJ Pownall, Your Family at Paragon Medical, and others have sent flowers to the family of Donald Sweatland.
Show you care by sending flowers

Posted Aug 21, 2019 at 10:40am
Dear Paula and family of Donald A. Sweatland, Charlie Ker and Don Sweatland worked well together at Warsaw Chemical and I got to enjoy your company at the Christmas parties. All of that are days gone by, and this year we are both widows, Paula. We had such a good time playing Warsaw Little League with your family, and those are days gone by too. But good memories to remember and reflect.
I received a card which had these words written by hand: Grief never ends, but it changes. It's a passage, not a place to stay. Grief is not a sign of weakness nor a lack of faith. It is the price of LOVE. Connie Ker
Comment Share
Share via:
GP

Your Family at Paragon Medical

Your Family at Paragon Medical purchased flowers for the family of Donald Sweatland. Send Flowers

Posted Aug 18, 2019 at 03:41pm
For Emily Campbell, We are all praying for you as you h through this process. We love you and are here if you need anything. Love, FACS Department 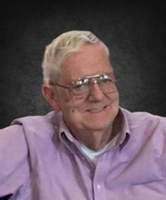