To share your memory on the wall of Donald Yeiter, sign in using one of the following options:

Print
Donald W. Yeiter, a resident of Milford, passed away quietly on Monday, December 3, 2018 at 1 p.m. in Miller’s Merry Manor, Syracuse. Don, as many knew him, was 90 years old.

Born on February 12, 1928 in Etna Green, Donald Wayne Yeiter was the only son of Lawrence and Naomi (Miner) Yeiter. Raised in the family home, he graduated from Etna Green High School.

Don was a hard worker. He spent much of his career working in production for CTS where he retired as a group leader. During his lifetime he held several jobs though; he was a farmer, sold real estate and drove school buses. In fact, driving for Wawasee School Corporation, he drove for activities until just two years ago when he retired at 88.

On July 12, 1986, Don was united in marriage to Phyllis Jean (Grable) Holbrook. Happily married for 32 years, Mr. & Mrs. Yeiter were faithful members of Nappanee Missionary Church where Don was active in his Sunday School class. Strong in his faith and proud of his family, Don loved nothing more than time spent with his grandchildren and great-grandchildren.

In addition to his wife, Phyllis Yeiter of Milford, a list of those who survive includes: sons, Randy (Becky) Yeiter of Carmel and Rex Yeiter of Phoenix, AZ; daughter Sheryl (George) Newcomb of Arlington, TX; step-sons, Steve (Debbie) Holbrook of Venice, FL; step-daughters, Vickie (Gerald) Kupeerus of Wakarusa and Jean Conner of Defiance, OH and two sisters, Doris (J.L.) Ball of Kalamazoo, MI and Carol Branden of Warsaw. Together, Phyllis and Don shared 12 grandchildren and 31 great-grandchildren. Don’s sister, Mary Abell preceded him in passing on June 24, 2012.

Friends may join family for visitation at Titus Funeral Home, 2000 East Sheridan Street, on Friday, December 7th from 5 to 7 p.m. Pastor Jason Rohde of Nappanee Missionary Church will officiate a funeral service on Saturday, December 8th at 1:30 in the funeral home with burial following in Oakwood Cemetery.
Read Less

Receive notifications about information and event scheduling for Donald

We encourage you to share your most beloved memories of Donald here, so that the family and other loved ones can always see it. You can upload cherished photographs, or share your favorite stories, and can even comment on those shared by others. 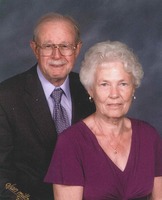 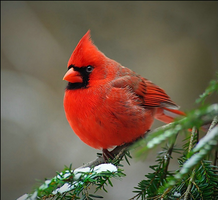