To share your memory on the wall of Frank Stone, sign in using one of the following options:

He was born in Hartford City, Indiana to Liddy Townsend Stone and Franklin C. Stone. His step-father was Lemual Gillard. Frank was one of seven siblings; Clifford Townsend, Joanne, Harriett, Dorothy, Charles and Thomas Stone, all of whom preceded him in death.

Frank served proudly in the Army during WW II in the 45th Infantry from 1942 until 1945. He saw action in Africa, was part of the first amphibious assault on Sicily and Italy where his regiment took part in the invasion of Monte Cassino. He then spent three months of the winter living with his regiment in bunkers they constructed out of gas drums, tin and whatever else they could find until the snow melted.

Frank married Pauline Barrus Stone on October 2, 1964; she preceded him in death. He worked for Overhead Door after moving to Warsaw in 1967 and eventually went to work at Zimmer, retiring in 1988.

Frank loved woodworking, snowmobiling, camping, Westerns, horses (he was a farrier) and his social time at Richard’s Restaurant.

Visitation will be held at the Titus Funeral Home, 2000 E. Sheridan Street, Warsaw, on Monday, April 22, 2019 from 3:00 pm to 6:00 pm with a funeral service beginning at 6 o’clock. Burial in Hartford City Cemetery will be private and will include military honors by American Legion Post 19 and members of the United States Army Honor Guard.

Memorial gifts may be directed to American Legion Post 253, 756 South Main Street, North Webster, IN 46555 where Frank was a longtime member. Condolences may be left at www.TitusFuneralHome.com
Read Less

Receive notifications about information and event scheduling for Frank

We encourage you to share your most beloved memories of Frank here, so that the family and other loved ones can always see it. You can upload cherished photographs, or share your favorite stories, and can even comment on those shared by others.

Posted Apr 16, 2019 at 05:13am
Rest In Peace Mr. Stone. Thank you for your service and prayers of comfort for your family
Comment Share
Share via:
L

Posted Apr 13, 2019 at 12:52pm
Frank will be greatly missed! His everyday time . His world war stories....his smiles and jokes at family gatherings. Watching cowboy movies with him. His love for every child that he seen at his daily visits to Richard's restaurant. They will all be looking for him for years to come. He has forever left them memories of getting a $1 every time he seen them. Be a peace our country's warrior. You are already missed.
Comment Share
Share via: 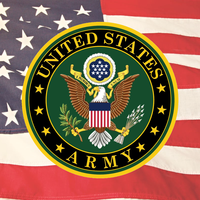 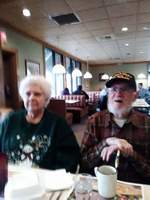 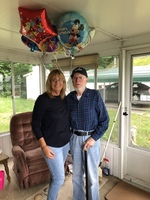