To share your memory on the wall of Junior Young, sign in using one of the following options:

Junior was born on May 21, 1937 to Ripley F. and Hilda M. (Pinkerton) Young. He was a lifetime area resident and was retired from Clausing Manufacturing where he had worked as a machine operator. He was a member of the National Rifle Association and American Legion Post 49. He enjoyed hunting, fishing and trapping. He also enjoyed old Westerns and Notre Dame Football.

Many people knew Junior from his years of re-loading ammunition for sportsman across the area. Many also knew how proud he was of his service to the United States as a member of the Army. He was stationed in Germany, having enlisted in Indianapolis, Indiana in August of 1954. He honorably served in an armored battalion and was discharged from Fort Sheridan, Illinois on August 7, 1957.

Those who survive with memories to treasure include his two daughters: Debra Kay Kester of Warsaw and Lori Ann (husband, Don) Townsend of Winona Lake; son, Darrell Young of Warsaw; six grandchildren and three great- grandchildren. His parents preceded him in passing.

Visitation will be held at Titus Funeral Home, 2000 East Sheridan Street, Warsaw, on Monday, May 20th from 10 am to Noon. Kosciusko County Veteran’s Service Officer, Pastor Rich Maron will officiate Junior’s funeral which begins at Noon. A committal will follow in Oakwood Cemetery with members of the United States Army, American Legion Post 49 and VFW Post 1126 rendering military rites.

Memorial donations may be directed to Junior’s final expenses at Titus Funeral Home, 2000 E. Sheridan St., Warsaw, IN 46580. Condolences may be left at www.TitusFuneralHome.com
Read Less

Receive notifications about information and event scheduling for Junior

We encourage you to share your most beloved memories of Junior here, so that the family and other loved ones can always see it. You can upload cherished photographs, or share your favorite stories, and can even comment on those shared by others. 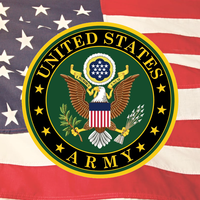