To share your memory on the wall of Nancy Reed, sign in using one of the following options:

Born on August 28, 1950, Nancy was the daughter of John Jay and Donna May (Smith) Reed. She held several jobs but was most known for her time spent cooking at the Pierceton American Legion. She was also employed by R.R. Donnelley, Warsaw Plating and C.F. Gomma.

Protective and sometimes stubborn, Nancy was a devoted grandmother who loved time spent with her family. She knew nearly everyone and everyone knew her. Nancy enjoyed fishing, watching Kyle Busch during NASCAR races, and listening to country music, especially that of Trace Adkins. She was previously a member of the American Legion Auxiliary.

Services for Nancy will include a graveside which will be held at Oakwood Cemetery at a later date.
Read Less

Receive notifications about information and event scheduling for Nancy

We encourage you to share your most beloved memories of Nancy here, so that the family and other loved ones can always see it. You can upload cherished photographs, or share your favorite stories, and can even comment on those shared by others.

Posted Mar 27, 2019 at 06:01pm
Mom you were a great person and very caring.I wish we could have gone fishing a few more times.we will miss you dearly.I already miss you and seeing you.I LOVE YOU MOM watch over us all.
Comment Share
Share via: 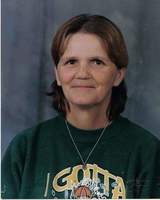