To share your memory on the wall of Robert Savage, sign in using one of the following options:

Robert was born on December 5, 1929 in Chicago, Ill. He was the son of Roy and Minerva (Spurr) Savage. He was a 1947 graduate of Proviso Township High Schools in Maywood, Ill. and, on June 1, 1951, entered active service with the United States Army. He served in the Quarter Master Corps and rose to the rank of Corporal before receiving honorable discharge from Camp Carson, Colorado in May 1953.

Robert was united in marriage to Marilyn Veldhuizen in Joliet, Illinois. Prior to their union on September 10, 1951, Robert and Marilyn had met several times at the local skating rink where they enjoyed spending time.

Robert was employed in engineering for R. R. Donnelley and Sons, having retired after more than forty-five years of dedicated service. He was detail oriented and had a strong work ethic; providing for his family was important. He was a longtime member of the Lions Club, the Moose Lodge and the Fraternal Order of Eagles. He was also a member of American Legion Post 49, Veterans of Foreign Wars Post 1126 and was active in the honor guard – a task of which he was always reverently proud.

Robert was a member of First United Methodist Church in Warsaw and had previously served as an usher. He enjoyed golf, bowling and was a skilled Euchre player. He was a devoted husband and father who will be dearly missed.

Those left to cherish his memory include his wife of 68 years, Marilyn Savage; son, Robert (fiancée, Lisa) Savage of Plainfield, IN; daughters, Diane Savage of Reno, NV and Sue (husband, James) Young of Dublin, OH; nine grandchildren; eight great-grandchildren and two sisters, Dorothy Stonecipher of Glendale, AZ and Ethel Opie of Vista, CA. He was preceded in passing by his parents.

Friends may gather with the family for a time of visitation at Titus Funeral Home, 2000 East Sheridan Street, Warsaw on Wednesday, May 29th from 5 to 8 p.m. On Thursday at 11 a.m. in the Funeral Home, Ken Locke of The Salvation Army will officiate Robert’s funeral. Burial will follow in Warsaw’s Oakwood Cemetery with military honors presented by members of the United States Army and by his brothers in American Legion Post 49 and VFW Post 1126.

In lieu of flowers, the family would prefer memorial donations to Lions Eyeglass Mission, District 25-G, 3204 Village Court, Goshen, IN 46528. Online condolences may be left by visiting www.TitusFuneralHome.com
Read Less

Receive notifications about information and event scheduling for Robert

We encourage you to share your most beloved memories of Robert here, so that the family and other loved ones can always see it. You can upload cherished photographs, or share your favorite stories, and can even comment on those shared by others.

Posted May 29, 2019 at 02:17pm
Please accept our most heartfelt sympathies for your loss... Our thoughts are with you and your family during this difficult time.

Flowers were purchased for the family of Robert Savage. Send Flowers

Posted May 29, 2019 at 11:24am
Bob was a wonderful neighbor to my grandmother & mother. He was truly a gentleman & would look after them as well as his own family. Bob & Marilyn became like family to our family. My grandmother would share their family's achievements as if they were our extended family. Bob will be missed and may he rest in Heaven. Marilyn, Diane, Robert and Sue are in our thoughts and prayers. May they have solace in remembrance of Bob's memories.
Comment Share
Share via:
B

Posted May 27, 2019 at 12:47pm
May the words at Isaiah 25:8 be of comfort to the friends and family of Robert, where it says "He (God) will swallow up death forever, and the Sovereign Lord Jehovah will wipe away the tears from all faces."
Comment Share
Share via: 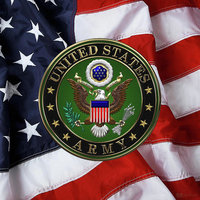