To share your memory on the wall of Jean Justice, sign in using one of the following options:

Provide comfort for the family of Jean Justice with a meaningful gesture of sympathy.

Print
Jean Justice, age 82 and a longtime resident of Warsaw, passed away quietly at 1:40 a.m. in Warsaw Meadows Care Center on Tuesday, March 26, 2019.

Born Velva Imogene Rice on December 1, 1936 in Waynesburg, Kentucky, Jean was one of six ... Read More
Jean Justice, age 82 and a longtime resident of Warsaw, passed away quietly at 1:40 a.m. in Warsaw Meadows Care Center on Tuesday, March 26, 2019.

Born Velva Imogene Rice on December 1, 1936 in Waynesburg, Kentucky, Jean was one of six children. She grew up in Lincoln County, Kentucky before settling in Warsaw where she would meet the man with whom she would spend the next fifty-five years, Henry C. Justice. The two were wed on June 27, 1959.

Jean was devoted to her family, to their wellbeing and to time spent with them. She loved her children and grandchildren deeply and was a kind, sweet woman. Nothing was more precious to Jean than having her large family gathered, enjoying her home cooked meals and the company of one another. When she was able, she also enjoyed birdwatching, watching Dale Earnhardt win NASCAR races, and listening to Country music. She liked to sing and was a member of the American Legion Auxiliary where she treated herself to Friday Fish, Chicken Night and BINGO.

Those left with memories to treasure include four sons: Martin (Cindi) Justice of Winona Lake, Richard (Lisa) Justice of Warsaw, Jeff (Mirna) Justice of Warsaw and Terry (Jennifer) Justice of Warsaw; two brothers, Lloyd (Barbara) Rice and Paul (Brenda) Rice both of Waynesburg, KY and a sister, Helena Elliott of Leesburg. Also surviving are 17 grandchildren and 11 great-grandchildren. On April 3, 2015, Jean’s husband, Henry Justice preceded her in passing. Also preceding her were sister, Ruby Blanton-Wells; brother, J.T. Rice and her parents.

Friends will be received for a time of visitation and sharing of memories on Thursday, March 28th from 4 to 8 p.m. at Titus Funeral Home, 2000 East Sheridan Street, Warsaw. On Friday, a funeral service will be held at 11 a.m. in the funeral home with an additional opportunity for visitation beginning at 10 a.m. Burial will be in Warsaw’s Oakwood Cemetery.

Provide comfort for the family by sending flowers

Donations are being accepted for: KOSCIUSKO 21ST CENTURY FOUNDATION INC.

We encourage you to share your most beloved memories of Jean Justice here, so that the family and other loved ones can always see it. You can upload cherished photographs, or share your favorite stories, and can even comment on those shared by others.

George and Margaret sent flowers to the family of Jean Justice.
Show you care by sending flowers

Posted Apr 01, 2019 at 10:22am
So sorry to hear of Ms. Justice's passing. We lived in the same subdivision for many years. I remember her as a caring and loving mother. May God be with all of the family during this difficult time.

Posted Mar 27, 2019 at 02:52pm
We are thinking of your family. Sending our love and prayers. Wish very much we could be there. Love you very much!

George and Margaret purchased flowers for the family of Jean Justice. Send Flowers

Posted Mar 27, 2019 at 01:19pm
Thomas & Danielle, we are covering you in prayers as you remember her beautiful life! May God comfort you during this difficult time.

Posted Mar 27, 2019 at 08:23am
Our deepest condolences to our Justice Family for the lose of your Beloved Mother. From: DiAnne, Denise, Darlene, Danielle. The Justice Girls 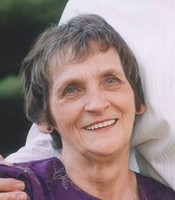 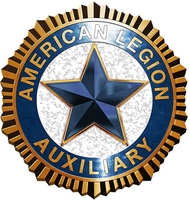 When it’s time to look for a funeral home, call on the one with a long history...of looking toward the future.
Titus Funeral Home
2000 East Sheridan Street
Warsaw IN US46580
info@TitusFuneralHome.com